Is Jackfruit Good For You? Benefits, Taste & How to Eat Jackfruit

Jackfruit is experiencing its moment in the limelight — and for good reason!

Jackfruit has become especially popular lately because of something known as ‘jackfruit pulled pork’, which is a delicious and nutritious vegan alternative to the popular meat dish.

In this blog post, learn all about jackfruit, its potential benefits, how to eat it and what jackfruit tastes like.

Jackfruit (Artocarpus Heterophyllus) is a very large, rounded fruit that comes in a yellowish-green colour, with little spikes around its outer surface. In fact, it is the largest fruit in the world that grows from a tree — a single jackfruit can weigh up to 40 kgs (80 lbs)! The jackfruit tree is commonly grown in subtropical and tropical climates, such as south-east Asian countries. In these regions, it’s an everyday fruit that is used in a variety of meals, ranging from curries to desserts.

So why has it become a new hot topic? In English-speaking countries, such as America and Australia, jackfruit has begun to gain momentum as a favourite food to cook with because of its versatility and ability to be used as an alternative to pork.

1. Jackfruit is a great meat replacement

Jackfruit can act as a replacement to pulled pork when cooked in a barbecue sauce, and a delicious one at that!

Simply cut it up, boil it for about 45 minutes until it becomes stringy, then mix it with your favourite sauce. You can then add it to sandwiches or tacos!

2. Jackfruit is filled with nutrients

Just half a cup of a young jackfruit has zero fat, zero sugar and is rich in fibre, potassium, vitamins A and C, magnesium and vitamin B6.

The jackfruit tree is efficient at producing fruit in warm climates — a single tree can produce up to 200 jackfruits a year. This rate of production can mean less land is needed to grow a commercial crop, something that can mean less impact on the environment, particularly in comparison to meat production and its associated environmental impact. 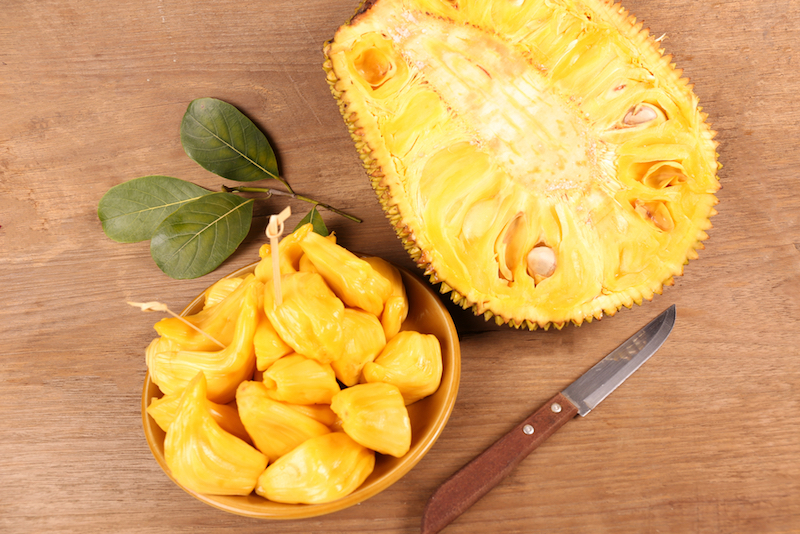 How to eat jackfruit

One of the reasons why jackfruit is so popular is because it can be eaten at nearly any stage. As it ripens, its taste and consistency changes which makes it a really versatile fruit to use in a variety of recipes!

How to open jackfruit

Use a sharp knife to carefully cut the jackfruit open and cut the fruit into quarters, similar to the way you might cut a pineapple or a large melon.
Jackfruit can be one of the trickiest fruits to open. Not only does it have an extremely tough exterior but the jackfruit skin and core contains a sticky sap that may make it a bit messy to get open. Once you learn how to open jackfruit though, its delicious taste is worth it!

How to eat jackfruit pods

Once a jackfruit is cut open it contains little yellow, edible pods. These are the most commonly used part of the fruit — all you need to do is remove the seeds from within them.

How to eat jackfruit seeds

Jackfruit seeds need to properly boiled or roasted before eating them and should not be eaten raw as they may be poisonous. Jackfruit seeds are said to taste similar to hazelnuts and can be made into a powder, or eaten on their own.

How to eat jackfruit leaves

Many Asian cultures also use jackfruit leaves for cooking — the leaves can be used to wrap food in while cooking, similar to the way a banana leaf is used. 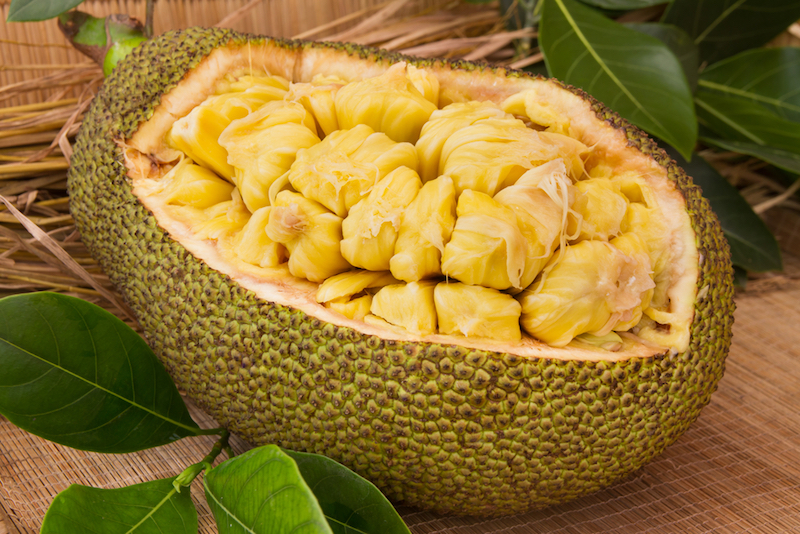 As a jackfruit matures, it becomes softer and sweeter in flavour. Some liken its taste to a combination of fruits such as pineapple, mangoes and banana. Even though it is sweeter at this stage, its taste is still versatile enough that it can be used in any type of meal, including dishes like curries.

When jackfruit reaches its final ripening stage it becomes much sweeter, which is why it makes a popular dessert or an addition to desserts or healthy smoothies.

Where to get jackfruit

Jackfruit can also be bought pre-prepared in a can or in the refrigerator section of food stores. Just be mindful that sometimes packaged fruit like this can contain additives or sweeteners.

Should you give jackfruit a go?

There are so many reasons to try jackfruit!

Adding variety to your diet can make it easier to follow a healthy lifestyle and help you to stay on track with your health — and this versatile fruit can be used in so many different ways.

We’d love to hear how you went preparing a meal that included jackfruit! Let us know how you go in the comments below.

5 Health Benefits Of A Vegan Diet Dark Chocolate Benefits You Should Know About 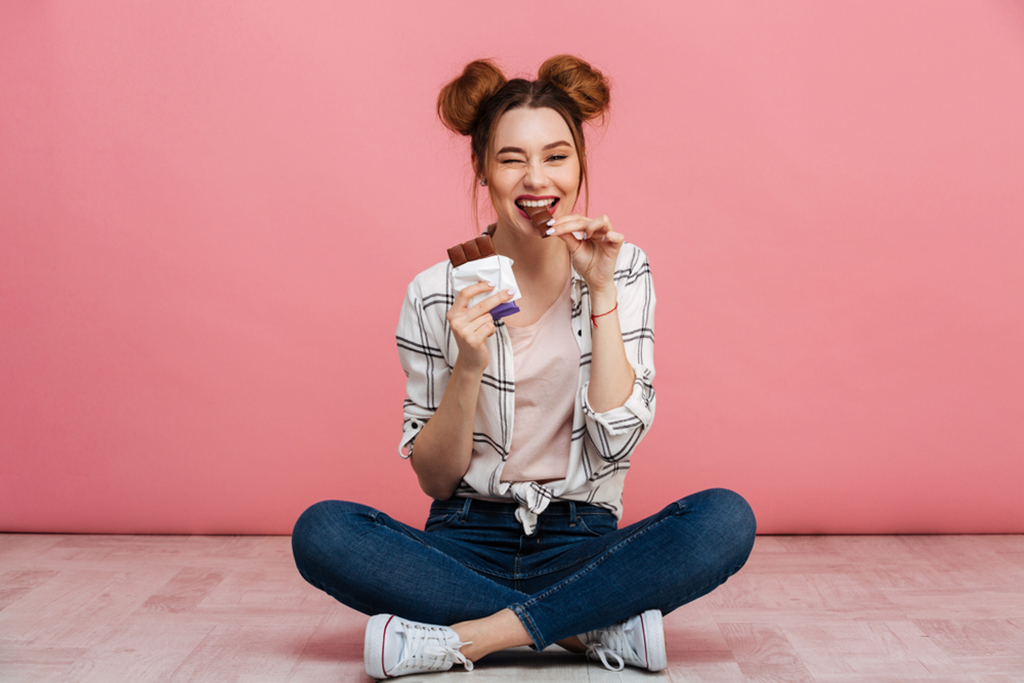