Why You Need to Listen to Your Body – SWEAT
Sign Up

Why You Need to Listen to Your Body

I can easily say that I've tried just about every diet out there to some degree.

I began my health journey almost three years ago because I was dealing with some skin issues.

I started with the basics - no dairy or gluten, limited processed foods, some organic produce here and there.

After reading the book "Skinny Bitch" I was super tempted to go vegan, and although I didn't go full on vegan I'd say I was vegan like 80% of the time.

After still not fully healing my skin, I added in animal protein again, but got into the bulletproof trend and cut out all carbs (even low-sugar fruit like berries) and added a lot more fats. This works amazingly well for my husband, but not for me since I recently found out women NEED a lot more carbs than men! (not mad about it though)

I also tried cycle-syncing (read the book Womancode if you're dealing with hormonal issues, it's life-changing!).

Right now, after seeing a naturopath I am on an auto immune paleo protocol, where I eliminated a lot of inflamatory foods and will slowly reintroduce them in the next few months. After that I will probably be mainly paleo, but like this post will show you, you never really know!

Anyway, the point is that I learned from experience that there is no cookie-cutter diet for anyone and you really need to listen to your body and do what works best for you.

So how to you listen to your body?

I know a lot of people say that this is important, and I never really knew what they meant until recently.

So this is what I do to listen to my body and feed it the way it needs to be fed.

When you eat something, be present and really pay attention to how you're feeling, not only after you eat it but also durring. For example, I realized that when I eat grains, I immediately begin to feel fatigued. Like, as I'm eating it. It's really crazy.

After you have a meal, do you still feel energized or are you bloated, tired, having brain fog? Do you break out? Is your digestion normal? If you experience any of these things, then there was probably something in your meal that doesn't agree with you.

This doesn't mean that you can't ever eat it again! Listening to your body is also not about depriving it. If you eliminated gluten because you realize you don't feel the best when eating it, but you are at a party one weekend and really want to have a piece of the cake, go ahead and have that cake! Just know that you won't feel the best afterwards. But if you don't mind dealing with that one time, go ahead!

If your body is craving carbs, have the carbs. Just try to make it a healthier, nutrient-dense carb like sweet potato or sprouted bread rather than a white bagel with cream cheese which has no nutritional value and will do you more harm than good.

Listening to your body also applies to working out. If you're not feeling it that day because you didn't sleep much the night before, are dealing with that time of the month, or anything similar, then you don't have to go. Or go for a light walk instead of that intense spin class you were originally planning on.

Keep in mind that skipping one day because you don't feel well or you're tired is different from being lazy and never going though. It's still important to move your body and get a good sweat in once in a while.

The point is you don't need to go all out every single day if you wake up one day and don't feel like it.

So listen to your body and do what's best for you! Whenever you watch a movie or read an article related to health, take in that infoirmation but also do other research to make sure its right for you and that you are doing it properly. And if you have more serious issues or aren't getting the results you want, go see a holistic doctor because they'll be able to pinpoint what you need to be doing more easily.

How To Live A Healthier Lifestyle After The Sweat Challenge

How To Start Working Out Again After A Break 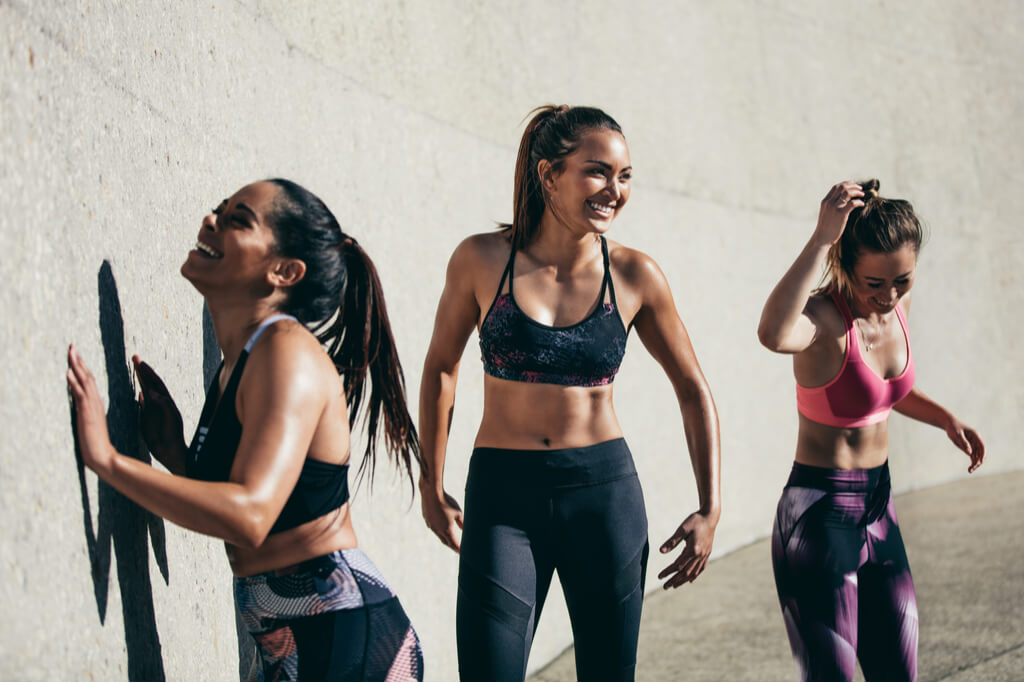