Endometriosis And Exercise: Your Need To Know – SWEAT
Sign Up

Endometriosis And Exercise: Your Need To Know 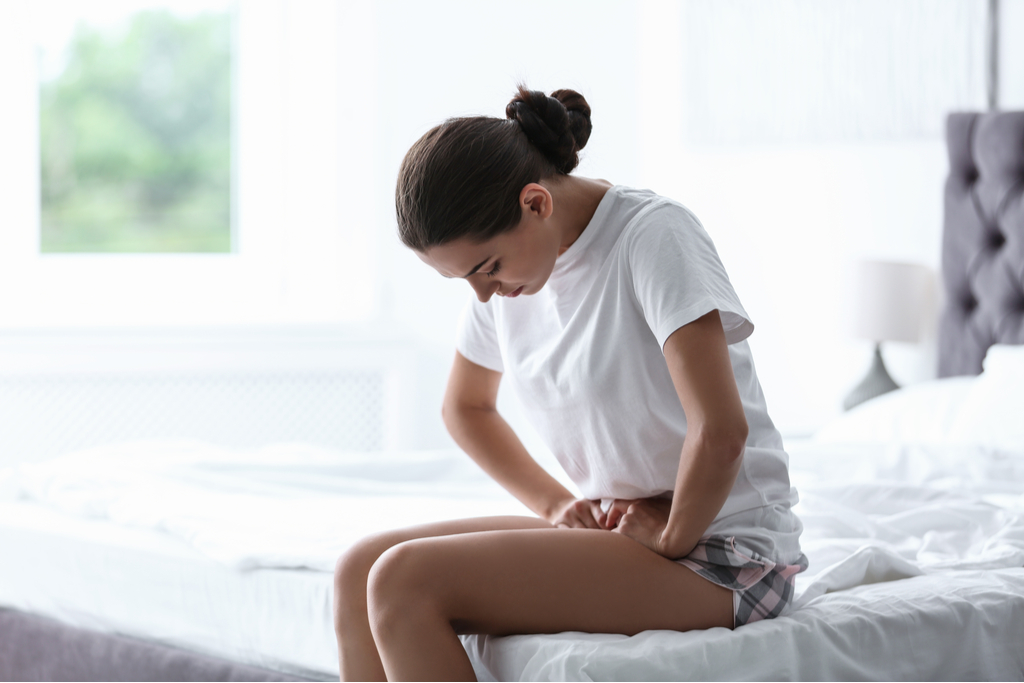 We know that the Sweat Community is made up of incredible people taking on all sorts of challenges – including those of you living with endometriosis, a chronic gynaecological disease which can take a huge toll on your health and emotional wellbeing.

Every month, the endometrial lining of a women’s uterus is shed during her period - endometriosis strikes when tissue similar to that lining grows where it shouldn’t: outside the uterus, attaching to reproductive organs and sometimes spreading to other organs such as your bowel.

Endometriosis affects one in nine women and those assigned female at birth, with most diagnosed in their 30s and 40s. That’s more than 830,000 Australian women and around 200 million people worldwide!

For many, the effects are horrific and life-changing: agonising menstrual cramps, heavy periods, bowel and urinary problems and chronic pelvic pain. Debilitating fatigue and pain during sex can also be part of the endo battle.
The impact on an individual’s physical health, mental wellbeing, their ability to work or study, socialise or have intimate relationships can be devastating.

There’s still much we don’t know about endometriosis: why some women get it and others don’t; whether there’s a genetic component; why some women with endo have no symptoms and why for some, the one sign of the disease is infertility. A study published in 2020 in BJOG – An International Journal of Obstetrics and Gynaecology found that one in three Australian women starting IVF have undiagnosed endo.

The different stages of endometriosis

The Endometriosis Foundation of America identifies four key stages of endo: What’s important to remember is that these stages don’t always align with the severity of symptoms – someone with Stage 1 endometriosis may still endure severe symptoms.

How is endo diagnosed and treated?

While your specialist may suspect that you have endometriosis from your symptoms, the only way to be certain is through surgical intervention, and Endometriosis Australia estimates that for most women it takes six and a half years to be diagnosed.

Done under anaesthetic, a laparoscopy involves a thin, lighted tube being inserted through a small incision in your abdomen to check the size and location of any endometriosis growths. A biopsy of a sample of tissue may be done to confirm the diagnosis.

Once a diagnosis is made, your doctor will talk to you about what’s next. There’s no cure for endometriosis but treatment options can make an enormous difference to your symptoms and quality of life.

Truth is, more research needs to be done on what kind of exercise works best. But some studies show that exercise can support those with endo, such as a review published last year in BMC Women’s Health, which concluded physical activity and exercise may be beneficial for endometriosis symptoms.

This 2017 study in the Journal of Physical Therapy Science also found that women with endo rated their pelvic pain as significantly lower after an eight-week exercise program which included: As we know, exercise has many benefits and is also amazing for overall brain health, pumping out those feel-good chemicals which can be of huge benefit for our mood and pain levels.

Reading up on working out during your period can be super helpful too. And as always, listening to your own body is crucial. If it doesn’t feel good, trust yourself!

Sweat’s Head Trainer, Kayla Itsines, has shared her own experience with endometriosis since she was a teenager, with crippling period pain and other complications which have often left her bed-ridden.

Last year, following her second round of surgery, Kayla powerfully described the impact of having to step away from her much-loved high-intensity exercise while her body recovered.

“The inability to do all the things wanted left me with an overwhelming sense of guilt, and I struggled to accept that I didn’t have control over my body—at least for now. My drive to push my physical limits was a key part of me, and I was now having trouble doing a basic ab workout.”

Following her surgery, Kayla focused on doing everything she could to make sure her body healed and embraced light walking on her treadmill.

If you do undergo surgery, it’s recommended you work with your doctor on a plan for safely returning to exercise after you have healed and recovered.

Ending the silence around endometriosis

One of the key reasons Kayla has spoken publicly about her experience with endo, she says, is to tackle the deep social stigma surrounding this devastating condition.

For decades, many women with endo suffered in silence or had symptoms dismissed as “just period pain”. Despite being so widespread, endometriosis has long been misunderstood and overlooked – some women report visiting up to up to 10 doctors before a diagnosis is made! This 2003 study found that women with endo waited between 3 and 11 years between first reporting their pain and a correct diagnosis.

Clearly, there’s still a lot of research and education needed – a recent Alliance for Endometriosis survey of 1,800 women found a staggering 90% reported that family, friends, employers and healthcare providers often dismissed their symptoms as a “normal part” of being female.

But there is good news: millions is being poured into research, including a recent doubling of funding in the United States. And a 2020 study published in Scientific Reports found that while it’s still not perfect, that crucial wait time between first seeing a doctor about symptoms and getting the clarity of a diagnosis was shrinking.

What’s also truly inspiring is the public education campaigns shining a powerful light on endometriosis, and women everywhere speaking out about their experiences.

Singer Halsey is among those who have come forward to share their endo stories, telling of her relief at her diagnosis after “years of suffering”.

“Finding out I had endo was the most bittersweet moment because it meant I wasn’t crazy! It meant I wasn’t a “baby”!”
If you’re suffering from endo, or think you might be, there are so many other women in the Sweat community who understand what you’re going through. As Kayla said last year about redefining her relationship with her body: “It’s so important to be real and open about the challenges we all face — life is not perfect.”

How I Sweat: Meet Deb 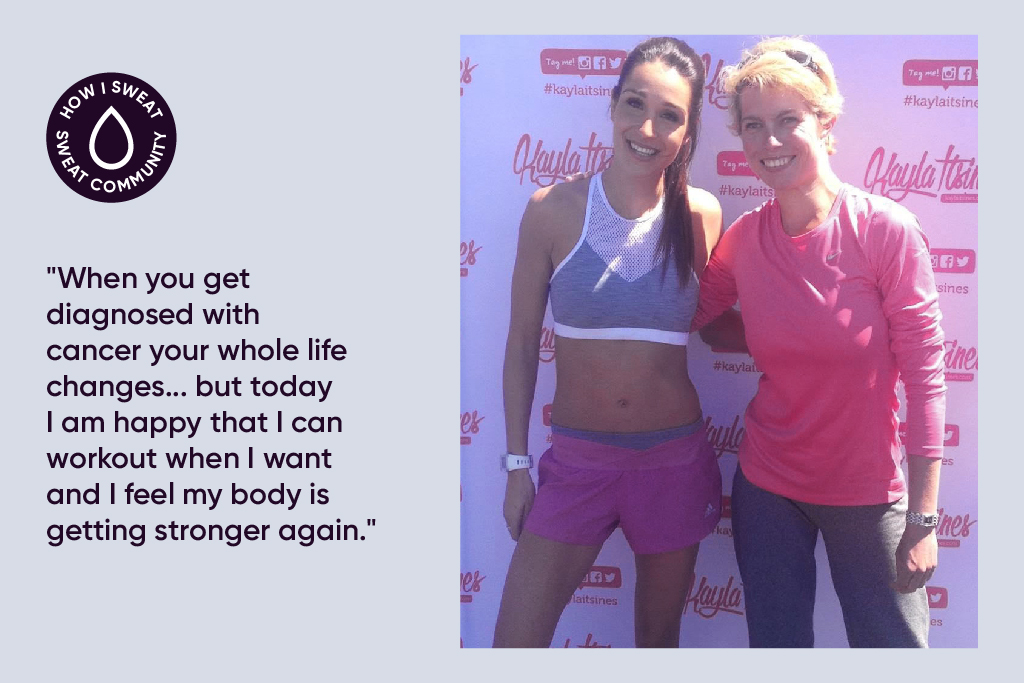 Here’s To The Strong Women Of The Sweat Community 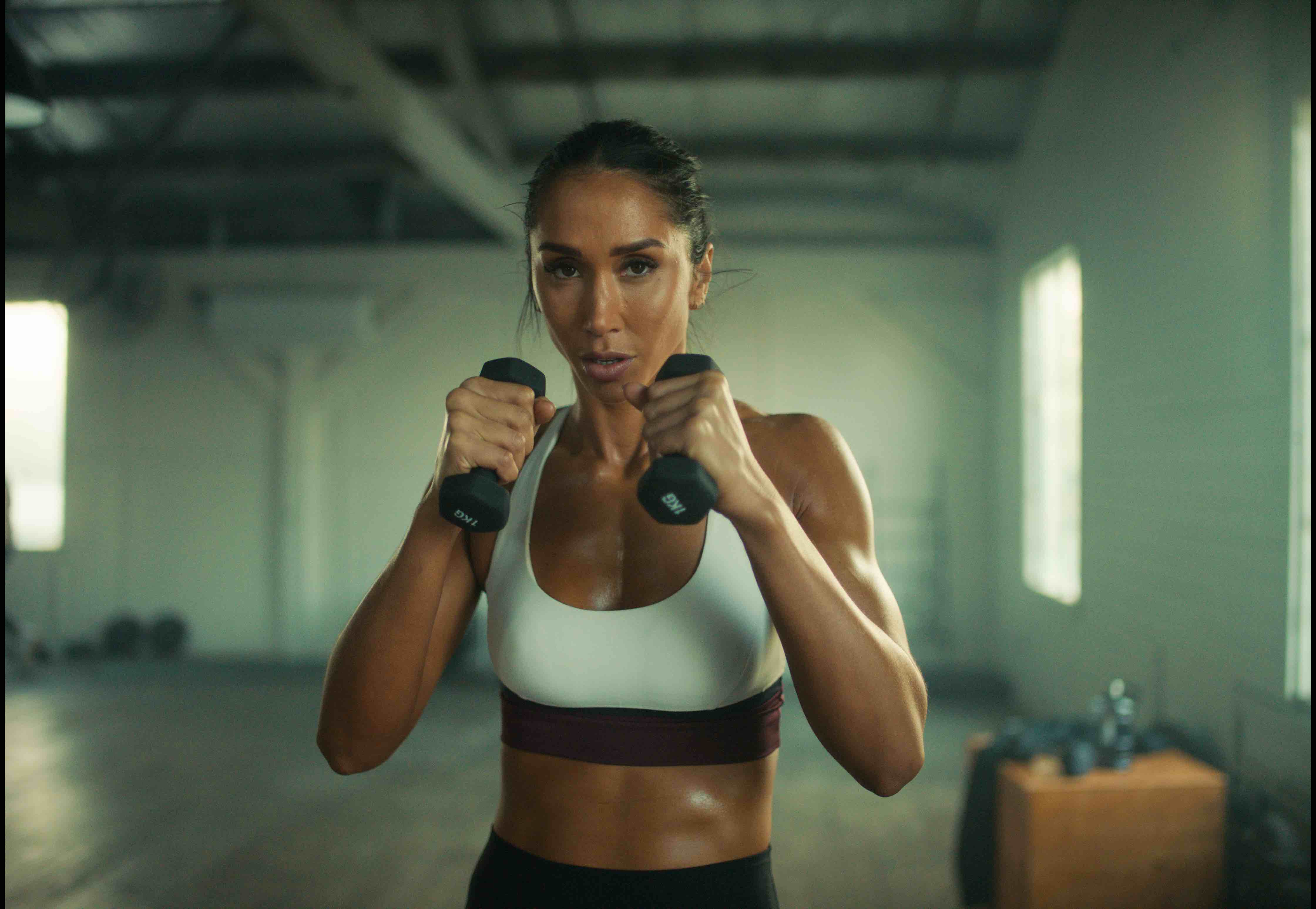